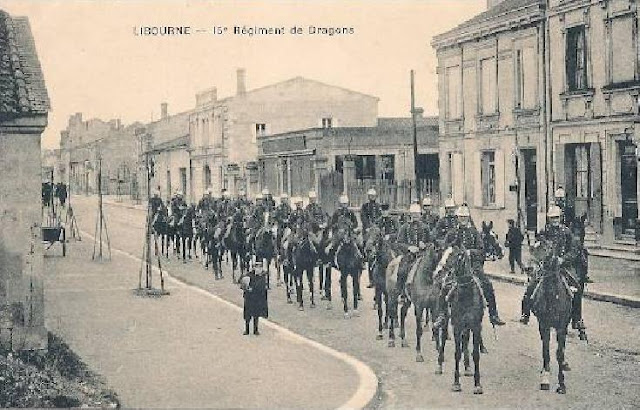 
A first, unprepared, reading of Claude Simon’s novel “La route des Flandres” (The Flanders’s road) makes you invariably close the book after a few pages and wonder: “What the heck have I been reading?”

Abnormal long, unpunctuated sentences, stretching across many pages, regularly interrupted by parentheses; their meanings redirected, rephrased, re-explained with a constant “c’est à dire” (that is, that is to say), interweaving and mixing the subjects in a flow of streaming consciousness, are so many hurdles to take, before one can come to a semblance of an understanding of what is going on in the pages of the book.

“La route” is indeed of such complexity, that you need something like an operating instruction to make any sense of its 200 pages. And truly, such a color –coded, explicative notice, unlocking the book’s secret code, does exist. Simon, like Faulkner before him, established it when he was writing his book and Mireille Calle – Gruber included this 4 page conception plan in her recent Simon biography for the benefit of the interested reader.

But, it was not Simon’s primary concern that the reader would make any sense of his book. At least not in a first reading, for what he was trying to do, was to capture and to convey to his reader, what happened before one made sense of something, that elusive moment before one realized what was going on, eons before one started to understand what had happened.

Simon’s ambition was nothing less than to recreate in his writing that Ur-building block of human experience: the emotion.

In “The road”, we are in fact reading an attempt to recreate in words, the experience of that split-second “emotion”, and one can only appreciate its success by persevering until the last line. Like most of the books belonging to the “nouveau roman”, there is an epiphany, an “AHA – erlebnis” at the turn of the last page, a sudden understanding of the genius of the Author’s craftsmanship.

The emotion, Claude Simon, translates into his book, is accurately documented. On 16 May, 1940, Claude Simon, a brigadier with the 31st Dragoons, a French cavalry unit, scandalously anachronistic against German Panzers, falls into an ambush. There is some panic; the men first get the order to dismount and then immediately following, a counter - order to attack. At the moment Simon pushes himself up in the stirrup, the girth slips and he falls backwards under his horse. And at that precise moment, when his companions get in the saddle and the officer raises his sword to command the attack, a German automatic gun, its deadly salve sweeping at men’s height, cuts down riders and horses. Simon who is already down, fumbling with the horse gear, escapes from under the dead bodies and is one of a handful that get away ( for the moment ) unscathed.
His ordeal however was not over and a few days later, he would be captured and transported to a German Work Camp. Simon would manage to escape, return to France and even fight for some time in the “Resistance”.

After the war, Simon would often revisit that famous Flanders’s road, telling family and friends, what happened and how, by chance, he escaped that fatal moment. Understandably Simon, a man who had already more than his part of infortunes – an orphan at an early age, the suicide of his young wife -  pondered over the occurrences, trying to answer the “why”, “why me” and the “what if”?

And so it came that on the bus, on his way back from a visit to his publisher, he had the emotion that became the core of the book…

Now, how do you reproduce an emotion? How could Simon tackle the problem he had set himself, to, in the words of Paul Klee, make visible the invisible? In Simon’s work, the Emotion is a singularity of experience, made up of a complex blend of numerous memory fragments. And that is why he renders this one emotion, he experienced when coming back from the place where he nearly died, as a cloud of simultaneous fragments diversely connected with each other. In his book that Emotion branches out, with no beginning and no end, in an explosion of valid and invalid associations, real and unreal memories, sensatory perceptions, ideas, guesses, assumptions…

Simon, who had during his younger years, dabbled in graphic artwork (paint, photography and collage) and had often interacted with other artists about Art and their trade, came to the conclusion that for a faithful rendering of Reality, one had to go beyond the description, the impression or the expression.

In an interview he says: “If it is true that we perceive the exterior world in fragments, (then) the canvases of the cubist “synthetic” period are realistic… and the assemblages of Schwitters, Rauschenberg and Nevelson (even) more realistic…

If you look at these artworks, if you study for instance a collage by Kurt Schwitters, you understand immediately Simon’s creative process. Indeed, after a closer reading of the text, we start to recognize repetitive patches, fragments, lines, word which branch out, connect between themselves through loose associations and reassemble in new meanings. And, because it is an emotion, it all happens simultaneously. We are a dimension further than the associative remembrance flow triggered by the taste of a madeleine, dipped into a cup of tea…

Suicide is a theme for instance: the ridiculous attack on horseback with sword drawn against a highly efficient and modern German army is nothing more than a (collective) suicide. But the officer should, (would) have known it and maybe it was his way out. And this suicide echoes another one, that of Simon’s wife who killed herself and also that of an older ancestor, also a military man who shot himself because of the shame of a defeat.

Horses are everywhere in the book, dead horses, war horses, race horses and suddenly the cavalry doubles up as a multicolor swarm of jockeys preparing for a race. One of the jockeys, a professional rider of the dead officer’s racing stable, was rather close to the officer or was he closer to the officer’s wife. Was he not only riding his horses but also riding his wife? From the buttocks of horses we get to the buttocks of woman, riding what, riding who?

It is our task, as responsive readers, to collect all these fragments, knead them together into a unit of simultaneous feelings, which is then the closest we can come to that intense Emotion, Claude Simon so genially wanted to bring over.

He earned himself a Noble price with his attempt.

As far as I am concerned more than deserved !