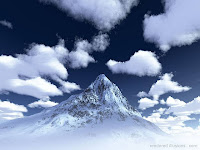 Hans is nearly a week and half on the Mountain. He tries not to think about his upcoming departure.

We are entertained by Hans’early attempts to get in contact with beautiful Clavdia. Then we switch to Settembrini and his sayings

What entertainment! What beautiful lines! Hans and Clavdia are executing the early steps of a precise choreographed mating dance. First the eye contact, trying to get noticed, then the stolen smile, the cruel games, how she makes Hans suffer by not noticing him for two full days. How charming are Hans’s strategies to try to meet her in the corridor, to bump into her, so to say unexpectedly. How clever is his trick to forget his handkerchief to be able to approach her head-on as she walks to the restaurant. In a first attempt, surprised, maybe a bit intimidated, she looks away but the second time, the second time, she turns towards him and holds his gaze… and his and our blood runs cold. Frau Chauchat’s face in close-up, she is such a beauty… That reddish blond hair with its slight metallic sheen, the small somewhat flattened nose, those prominent high cheekbones which give her that exotic mysterious look, the soft concavity of the cheeks enhancing her slightly voluptuous pout and then those wide set of magical eyes, , almond - shaped, blue – grey or grey blue, the colour of distant mountains…

The anxiety of the title is the claustrophobic feeling of being locked up together with the auspicious chance of meeting Pribislav/ Clavdia again, inevitable and inescapable. Hans is caught in the web.

Joachim, his alter – ego, avoids social contact with “his” Marusja, and has not been caught. He is driven away, nay, he drives himself away from Marusja because he is aware that she holds such a strong attraction for him.

Behrens he cannot trust, there is something wrong with him, but what?
He is too brash, too jovial, too easygoing. What is this melancholy and this secret vice he has? Why does he stay on the mountain? Is it to be close to his wife's last resting place or because, he too, is incurable ill? Or is it just because he wants to save as many people he can?

And what about his arch-enemy Settembrini? That windbag, that nay-sayer, that critical organ-grinder who had rebuked Hans twice. Should Hans pack his bags as Settembrini suggested?

Settembrini is described as an agreeable and entertaining man and on top of that a funny gossip. Alone with the cousins Settembrini tells about his grandfather, a revolutionary, and about his father, the man of letters.

The Growing Anxiety chapter is very important for the theme of humanism: we see three versions of it:

1° the revolutionary, outward-directed humanism in the grandfather,
2° the studious, inward-directed humanism of the father,
3° the pedagogic, in the figure of Settembrini himself.
The chapter ends with this: 'What a piece of work is a man', which is of course a reference to two of the most luminous texts of humanism:

What a piece of work is a man, how noble in reason, how
infinite in faculties, in form and moving how express and
admirable, in action how like an angel, in apprehension how like
a god! the beauty of the world, the paragon of animals—and yet,
to me, what is this quintessence of dust?

and this, from Sophocles's Antigone:

Numberless are the world's wonders, but none
More wonderful than man; the storm gray sea
Yields to his prows, the huge crests bear him high;
Earth, holy and inexhaustible, is graven
With shining furrows where his plows have gone
Year after year, the timeless labor of stallions.

The light-boned birds and beasts that cling to cover,
The lithe fish lighting their reaches of dim water,
All are taken, tamed in the net of his mind;
The lion on the hill, the wild horse windy-maned,
Resign to him; and his blunt yoke has broken
The sultry shoulders of the mountain bull.

Words also, and thought as rapid as air,
He fashions to his good use; statecraft is his
And his the skill that deflects the arrows of snow,
The spears of winter rain: from every wind
He has made himself secure--from all but one:
In the late wind of death he cannot stand.

O clear intelligence, force beyond all measure!
O fate of man, working both good and evil!
When the laws are kept, how proudly his city stands!
When the laws are broken, what of his city then?
Never may the anarchic man find rest at my hearth,
Never be it said that my thoughts are his thoughts.

There are constant references to this latter speech in Settembrini's remarks throughout this chapter.

Hans compares Settembrini’s grandfather with his own grandfather, a solid bourgeois. Both wore black clothes as if in mourning, but for different reasons. Hans compares these to opposites to a vision he once had of day and night at the same time.

Settembrini, the organ –grinder, rambles on, enlightenment – progress - revolutions and so on. Settembrini in his words is rather polemic. He uses sentences as: “one must deal a fatal blow to  and crush her…”

Settembrini thinks the Western democracies and principles of enlightenment should free the world of the Asiatic principle of bondage and obduracy.

Hans gets the message, he has now well understood that Behrens is not the enemy of Settembrini’s thinking, but who else than the beautiful Clavdia…?

Funny stupidities of Frau Stohr… Tantalus instead of Sisyphus etc

Young Schneerman whisked away by his mother because of his debauched life on the mountain.

“In Baccho et ceteris” comes from “In Baccho et Venere” , “wine and women”. The “et ceteris” makes it funny for it adds an “understanding wink” (we have been there all before) to the expression