“Under the Net” written by Iris Murdoch 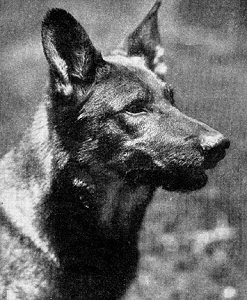 ”It’s hard to think of a modern British novelist who made a bolder, more brilliant debut than Iris Murdoch did with “Under the net”. At least that is the opinion of Kiernan Ryan in his introduction of the Vintage edition.


“Under the Net”, written in 1954, is still much acclaimed today in reviews and comments and so my expectations were quite high. And indeed, the story relating a young writer’s quest through and , is very well written, often funny and entertaining and interesting enough to captivate the reader till the last pages.
But still, I could not free myself of the feeling that the content of the book, like a summer wine, has badly aged.

“Under the Net”, is the first book I read written by Iris Murdoch. The Irish “Dame of Literature” has been on my TBR list since I planned to tackle all the Booker Prize winners in a futile attempt to get an overview of contemporary English fiction. Murdoch won the Booker in 1978 with another book, “The Sea, the Sea”, but I decided to tackle “Under the Net”, first, because it was thinner, looked less brainy and that it had been advised by friends as “the best Murdoch”.

The story told in “Under the Net”, is quite straightforward. A young intellectual Jake Donaghue, a part-time translator of French literature, has been kicked out of the apartment of his (now former) girlfriend Madge. This seems to come as a chock to Jake, who is a bit down on his luck, but he is forced to look for a new place to stay. But this quest for a new dwelling turns also into a quest for love, a search for the meaning of life, a purpose, a sense. In his Odyssey, Jake crisscrosses and , looks up old friends, incidentally makes new friends, breaks into houses, steals, kidnaps a famous dog and frees somebody out of the hospital. In depicting one incident after another, the novel grabs and keeps the reader’s attention.
There is a more profound understanding to the book, but I will not give it away, you have to read it for yourself.

Now back to my remark about the novel’s “bad ageing”. It is a similar remark I have when looking at the French “nouvelle vague” movies or reading other post-war cult books like for example from that other “Wunderkind”, Françoise Sagan. I am from one generation later than the fifties and sixties, so everything which is acclaimed as bold, new or revolutionary, in books and movies from these times are in my eyes already “passé”.
A feeling I do not have with other timeless writers like Gogol, Hoffman or Diderot. It seems that there must be a greater time difference between a book and the reader to appreciate a permanent reputation as “revolutionary”

The humor, story and actions of Donaghue might have been experienced as bold by the fifties generation, for one of the 80’s it is outdated.

Nothing irritated me more for example in Jake’s as his indifference for financial or social security. He is offered a job, receives money, rich and famous women are ready to set up a relation with him and “picky” Jake rejects it all for… for what..? He and I don’t now. The generation of the fifties, emerging from that disaster of WWII, seems to be more at ease with insecurity as the generation of young people of the ‘80s who thirty years later grew up with the effects of mass-unemployment, Thatcherism and social indifference.

Like in La Fontaine’s fable “the cricket and the ant”, Donaghue is a cricket, because the fifties was the spring time for that young European post – war generation, the glorious sixties were the summer, but the eighties were definitely the winter. And I, of that last generation, can be quite an ant sometimes.

Good book, but not a timeless classic, I am afraid.