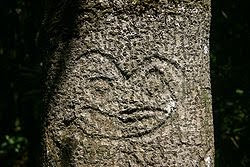 What to say about “Cloud Atlas”, David Mitchell’s well received novel which was shortlisted for the Man Booker Prize some years ago?

That his message: “Man is the cause of his self-destruction and the process is a circular one”, is a Noble one? That the six different stories that make up the book are all very entertaining, sometimes funny, often even gripping? That the structure, although cleverly contrived is way too complicated to support or endorse the message? Or maybe it is this complexity which is the book’s main attraction?

Yes it is all that and even more, for I am sure that the inquisitive reader, interested enough to go through a second reading can get more out of “Cloud Atlas” than I did.

The best way to explain the complex structure of Mitchell’s book, it is to use the Matriochka metaphor, you know these Russian wooden dolls, which can be unscrewed in the middle and fitted into each other. So it is with “Cloud Atlas” which is made up of six stories, taking place in six different time periods that, one way or the other, still fit into each other. The six stories are all written in another style. The first chapter is written as a journal, the second chapter comes in letters, a correspondence between friends. The third chapter is some kind of techno thriller. Then we seem to read a film scenario. The fifth chapter is an interrogation, made up of Question an Answer. Finally, or better halfway, the middle chapter is written like an adventure roman. Each story stops halfway at the highest moment of suspense. That is until we get the sixth and central story, which runs un-interrupted. After that, we go backwards in time and get in the five following chapter the second part of the interrupted stories.

The book starts early in the 19th century, with the journal of an American traveler, Charles Ewing, who is stranded on the Chatam islands. He awaits the reparation of the ship that should bring him back to Australia. On the island, he is told by a colonist of the relatively recent extermination of the local Moroni people by Maori colonists who had been relocated by the British colonial government. The Journal of Ewing is interrupted halfway and the next chapter brings us the story of a young British composer, disinherited and fleeing his creditors, hiding in a Belgian chateau. This story takes place in 1933 and presents the collaboration of the young composer with an older Maestro who has been living in that chateau since he was unable to create more music. Again the story brakes of halfway and has no connection with the previous Ewing story except that half the journal of Ewing is found in the library of the Belgian Chateau. The next chapter brings us to the 1970’s where young women journalist wants to uncover a report that proves that a new Nuclear reactor is likely to cause a disaster. The Nuclear Energy Corporation uses all means to stop her. Again the story stops at the climax. Then we switch to the story in the present time telling us of a London editor who is locked up in an “old man” house. Again the story breaks of halfway and switches to an interrogation of a “fabricated” – human who seems to have started up a revolution against the established but inhumane social order. Clearly we are now in a dystopian future with all the characteristics of an SF novel. Finally we come to a “post apocalyptic” time where we witness the extermination of one clan by the other on the forgotten island of Hawaii. This chapter echoes that first Moroni genocide of the first chapter. The circularity of Man’s doom is hereby established. The middle chapter does not break off halfway. The middle of this chapter culminates when the main character, a young islander, resists a malicious Devil who commands a murder. He hereby breaks the circle of Evil and saves himself and maybe humanity too.

Then it is backwards again in time, unpacking the Matriochka dolls back to the smallest one, and in this process uncovering what happened in its mirror chapter earlier. Back to that future society, back to actual time, the 70’s, the entre deux-guerres period in that Belgian chateau and finally back to Charles Ewing, the American traveler who is slowly dying in his bunk on the ship that brings him back home. Again each chapter stands apart but still contains one solid link with the previous chapter.

Mitchell needed this “six story approach” in order to analyze all the different human relations where a “power difference” gives a “superiority edge” to one human being over another. Starting from the sheer brutality of physical power, with which the Maori exterminate the Morioris, there follows the superiority (real or imagined) of number, belief, age, money, knowledge, sex, lineage, talent and race.

There is only hope for Humanity if the “Powerful” break the “power hierarchy”. This demands a lot of courage from the individual because, by this, he challenges and endangers his own “Peer – group”. Restraining to use your power and braving the accepted knowledge of the flock is in Mitchell’s six different fables not necessarily immediately rewarded, but, the reader understands that in the end humanity get’s the better by it.

Quite complicated, you will agree, but finally what can the reader expect? Quiet a lot

I would say for the book stirs up a cocktail of scenes remembered in our collective memory. There is a bit of Melville’s Typee and Moby Dick, there are excerpts of the SF movie Soilent Green, there are ghastly scenes like those of the motion picture “Total Recall”, with a Schwarzenegger trying to escape his fate. There is a bit of Julia Roberts from the “Erin Brokovitch” movie and a bit of “One flew over a cuckoo’s nest”. There is an echo of Planet of the Apes, A remembering of Asimov’s “I Robot”, a zest of Fitzgerald and yes even a touch of Jack London or RL Stevenson.

Strange combinations indeed! But despite of this or maybe thanks to this the book is still a very entertaining and a good, above average summer read.