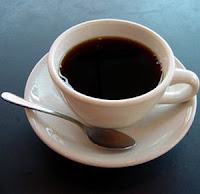 Yesterday at the IBIS hotel in Warszawa, there was a small stand in the lobby displaying some heavily thumbed books. The hotel was advertising a concept of “ travelling books”. The idea was that if you registered, you could pick up a book, take it with you and return it in any other IBIS hotel anywhere in the world. I don’t know if the choice was restricted to the five poor books on display or if it there was a huge library behind a hidden door.
It looks like a nice idea, but the choice was poor.