Reviews from Absurdistan part 1: The Collected Stories of Gogol 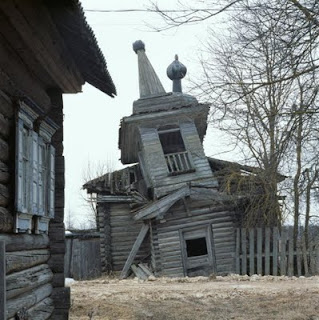 The Ukrainian writer and socialite Nikolas Gogol made quiet a sensation yesterday when he arrived at the Guggenheim Balboa amidst throngs of photographers and fans who had flocked together at the entrance to get a glimpse of the famous writer.
Mr. Gogol who cut a fine figure in his dark Brioni suit was escorted by stunning beauty Ruslana Korshunova who has recently joined our ranks and not by Anna Loginova who seemed lately to have fallen in disgrace. Mr. Gogol , named ‘The greatest artist that Russia has ever produced’ by his colleague Vladimir Nabokov, had chosen the superb artistic setting of the Guggenheim to present the new Folio Society edition of thirteen of his most celebrated masterpieces.
Mr.Gogol, reminded the attendance that some of the stories who had previously appeared in the volume “ Evenings at the farm near Dikanka”, lay very close to his hart, because they had, when they appeared, put him immediately at the forefront of the Russian literary establishment and that at such a young age. The Dikanka stories were based on the Ukrainian folktales young Nicolas remembered from his childhood days.
“The Night before Christmas”, the Slavic answer to Dickens Christmas Carroll for instance tells the story of the blacksmith Varushka who tries to win the hart of proud Oksana, an exceptionally beautiful village girl. Both Mr. Pyotr Tchaikovsky and Nikolai Rimsky-Korsakov, who were both present in the Audience had turned this story into superb Ballet performances. This exuberant story which has a small Ukrainian village buried under the snow as a setting, mixes Russian folktale elements like witches and devils with simple village humour and a captivating narrative. The Devil for example who burns his fingers when he tries to put the moon into his pocket to darken the sky has, without fault, brought a smile on countless generations of amused readers,
The Author of the highly acclaimed “Death souls” and “The inspector general”, himself influenced by Hoffman and Chamisso emphasized the major influence he had had on future generations of writers and on literature in general.
“The Nose” for example, which Gogol claimed to be a work of Magic Realism “avant la lettre”, with its Brechtian verfremdungseffekt and general absurdity, prefigures Kafka and many of the twentieth century South American writers.
“The overcoat”, a story about a shy and downtrodden clerk and his fatal desire for an expensive new coat was a landmark in Russian naturalism and in the development of the short story as a literary form. With its pessimism it announces Knut Hamsun, D’Haese and other Zola’s.
Mr. Gogol, did not mention his huge influence on Russian writers and especially on Mr. Bulgakov. It is clear that the dispute over the tombstone of the Danilov Monastery has troubled the relation between the two writers.

Mr. Gogol then amused the audience with his interpretation of the story "Vij". It has, he said, always been explained as a Horror story, but that he saw it now, like most of the readers from this side, as a Love story.
Mr. Gogol added that the real horror was to find in the last years of his life and less in his fiction. As Mrs. Korshunova laid a gentle hand on the writer's arm at these words the room flared up from a salvo of photographic flashes.
It is indeed so that Mr.Gogol’s last days and his death, read like an awful Gothic horror story. From his mystic starving, to his last moments with his emaciated face covered with bloodsuckers, to a possible live burial (the body lay face-down when his coffin was reopened), the desecration of his unearthed body;untill the final insult of using his tombstone to cover another death writer, poor Mister Gogol was spared nothing.

The story”Viy” was published earlier in the first volume of his collection of tales entitled Mirgorod The title refers to the name of a demonic entity central to the plot.

Three young students from the Bratsky Monastery at Kiev when travelling home get lost in the Ukrainian countryside and eventually come up at an isolated farm. An old lonely woman living there, agrees to let them stay. At night, the woman, her eyes glowing strangely, approaches the student named Khoma and tries to seduce him. She leaps on his back, and Khoma finds himself galloping with her all over the countryside. He eventually slows her by chanting exorcisms and prayers, manages to get on her back and rides on her. Finally he beats her with a piece of wood. The old woman collapses, and her suffering body changes into a beautiful girl.

Khoma escapes to Kiev. After some time a rich Cossack, living in the countryside, summons him and brings Khoma to his village by force . The Cossack’s beautiful daughter was found in the countryside, dying, Her last wish w that a student named Khoma from the Bratsky Monastery would read psalms over her corpse for three days after her death.

When he is shown the corpse, Khoma immediately recognizes the beautiful witch of his nightride. Rumors among the Cossacks are that the daughter was in league with the devil and they tell horror stories about her evil ways.
Khoma is locked up three nights with the death girl in a ruined church to exorcise her demons with incessant prayers.
As the student is a typical Gogolian character, an imposter, the reader knows that the student will not survive the exorcisme.

He manages to survive two nights with the undead corpse, fighting off his death lover and her army of winged demons, The last night as the death girl summons Viy, a horrific creature, Khoma has no chance to escape and collapses. In their excitement, the army of monsters misse the first crowing of the rooster and are unable to escape the church when daylight comes.
The priest and villagers find the monsters frozen in the windows as they fled the church and the temple is forever forsaken, eventually overgrown by weeds and trees.

Mr. Gogol explained to the excited audience that a witch does not always seeks to kill somebody, she can also fall in love with mortals. Critics, especially French, have hinted at Gogol’s love for his dominating Mother as an explanation of the deeper meaning of this story.The beautiful girl in her shape as an old witch dominates the man and rides him but when Khoma is able to inverse his role through prayers and evocations and assumes the male situation on top, the old woman turns into a beautiful girl but does not survive.


The Collected stories are as varied as the characters that inhabit them, but all share a liveliness and strangeness that is unmistakably Gogolian and are a breathtaking proof of his idiosyncratic genius.

Mr. Gogol and Mrs. Korshunova did not answer questions about their relation.

From the literary supplement of the “Hell Times” ( October issue )