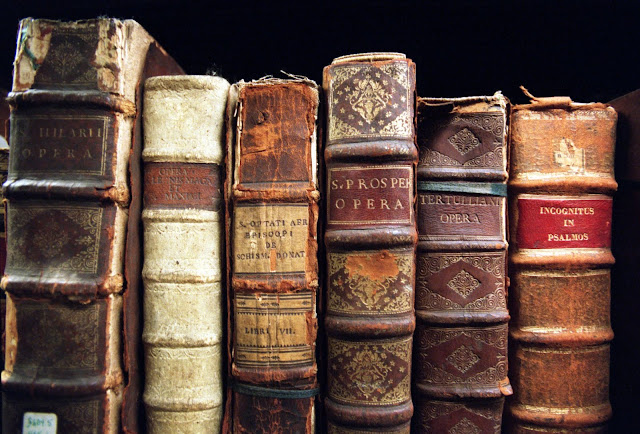 When the French literary frontmen, Pierre Boncenne and Bernard Pivot shoved a collection of the 2500 most important literary works into their cleverly imagined Bibliotheque Idéale (1988), they reserved a full shelf for literary criticism.

They tagged that shelf "Le livre comme miroir", the book as a mirror, or in other words books reflecting on themselves. Literary criticism they stated had earned its shelves in any ideal library for the works presented were of such interest and wit that these books should not be reserved only for a secluded Academic environment, but offered to the common reader too.

Browsing through the tomes on that shelf, the interested reader would find Aristoteles’ Poetica and Auerbach’s Mimesis, Bakhtin of course and Barthes, Borges with his book of introductions, Broch, Calvino and Eco, Sartre, Nabokov and Musil. Not surprisingly French authors would fill the biggest part of the shelf, Proust for instance with his Contre Saint-Beuve, Alain with his Propos, Gourmont with his Promenades...

Still, Northrop Frye’s The Great Code received a spot but Harold Bloom and Frank Kermode were missing or had already tumbled from the shelves. For Bloom, who in 1988 hadn’t dropped his canonical bomb yet, fifteen minutes of evanescing fame should not have come as a surprise for he knew like no other that books on literary criticism had a very short shelf-life.

The infernal academic cadence op publishing and the competitiveness of literary critics then as today were constantly jostling erudite works from the shelf and away from the reader’s attention. The tragedy being that for every new unproven masterpiece presented, a proven one was dumped.

A book that is certainly missing in any ideal library of literary criticism is Hugh Kenner’s The Pound Era (1971).

It so happened that while reading Guy Davenport, another critic on the bank of the Lethe, I was made aware of Kenner's book. Davenport's appreciation of his friend’s work was so positive as to be nearly suspicious : “The Pound Era is a book to be read and reread and studied. For the student of modern letters it is a treasure, for the general reader it is one of the most interesting books he will ever pick-up in a lifetime of reading”.

Hugh Kenner (1923 – 2003), a Canadian scholar, critic and professor and one of the great literary critics of the 20th century (now forgotten), wrote his masterpiece, a seminal text on the poet Ezra Pound in 1971 after numerous meetings and interviews with the Master himself and with the last witnesses of the Modernist era.

As a literary text, The Pound Era is one of a kind. It is an extremely well written blend of  biography, intellectual history and literary analysis. Kenner succeeded with this work in raising Ezra Pound's profile among critics and readers of poetry. His work on the Modernists is so important that his archives are, exceptionally for a literary critic, kept at the Harry Ransom Humanities Research Center in Austin Texas.

Guy Davenport said that the Pound Era, more than just a book, was a library in which one, in the words of Bernard Bergonsi, could endlessly dip in…

I too was mesmerized by Kenner’s Pound Era, the kind of book that rather than passing information, recreates and opens a world. I took up the challenge of making this world my own. It was a feat that without the help of modern research possibilities would have been impossible, Kenner wrote his book in a world as far distanced from mine, as was Toronto of the sixties separated from the Londen of the interbellum.

As I proceed, I’ll post reviews of each chapter as I understand them.

Expect this to be a long voyage…