An ordinary life by Karel Capek 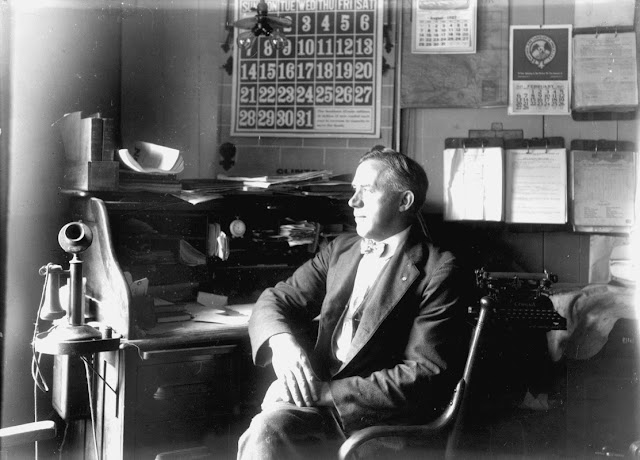 A neatly wrapped pile of papers is handed over by a doctor to the neighbour of a man who has recently passed away.
In a handsome handwriting the deceased man wrote down, only a few days before he expired, a short narration of his perfectly ordinary and peaceful life. Hence the title of the book. The neighbour starts reading the papers and so do we.

Born in a small village in the Czech countryside, his father a carpenter, his mother a sweet and dedicated housewive, the child grows up, a bit lonely but not unhappy, At school he has no real friends but the boy is an excellent student both in primary school and at the Gymnasium. He is inscribed at the University of Prague, but in the big city, he errs from his straight live-path for some weeks: he tries his hand at a bohemian lifestyle and writes poetry. His studies are a failure and his father withdraws him from the capital. The young man is then offered an unambitious job as a stationmaster in a small and far-away station. But he loves the work and he turns himself into the perfect stationmaster and makes a career : from responsible of a small station, to the manager of the bigger, more central crossroad stations of national importance.

He marries the daughter of his chief, they have no children and their marriage cristalizes soon in a an organised, slightly boring, but still happy domestic alliance. Then comes the first World War. He and his station come out of the war unscathed, even though he takes a few risks, informing the Czech resistance about German train schedules and loadings. His wife gets ill and dies early. Lonely, his career develops further as he is granted a top job in the Czech railway administration. A few years later, he goes on a pension, with the reputation of having been throughout his life, a hardworking, responsible perfectly organised man. The last years, he tends to his small garden, but after he has felt his heart weakening, he hastes himself to set his things in order ( which they already are), and then finally, as if closing a last dossier, decides to write down his ordinary life; the text we are reading.

It is difficult to review “An ordinary life” without spoiling the surprise that occurs halfway the book. At the moment that the reader starts wondering whereto the novel is heading, a second inner voice introduces itself in the head of the old man and makes him reread his “life” from another point of view. And then again from another and…another. Without altering the biographical facts which we have just read, it turns out that other meanings can be understood from this ordinary – regulated life.
From these many versions of his life story, the old man deducts a model of personality that makes even the reader with the most boring life wonder how much of an artistic genius he has been during his life, or an obssesive lover, a romantic fantast, a pervert monomaniac, an hypochondrial tyran or even an uncelebrated hero …

A rewarding and interesting read with the strength of a parable that will without doubt draw the reader to moments of introspection.