The Asiatics by Frederic Prokosh 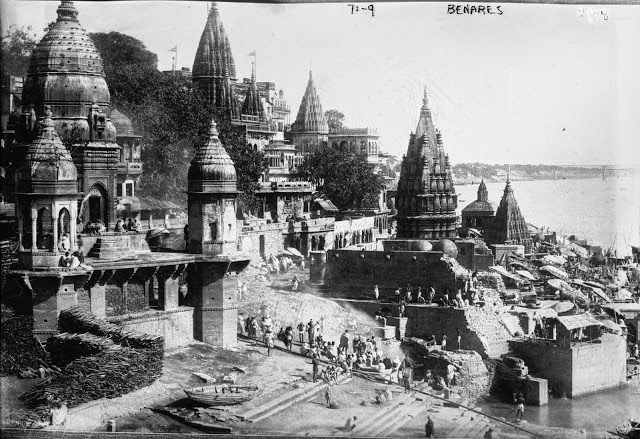 It is the exceptional feat, that people remember about this book. Frederic Prokosh wrote a detailed travel account of an overland journey from Beirut all the way to the Chinese border, via Syria, Iran, Irak, India, Vietnam, Cambodge…without ever having set a foot in Asia.

Despite this “stunt” which was, (and still is), used as the main marketing proposition to lure readers to the book, Prokosh’s fictional account has enough intrinsic qualities, subjects and character developments to defend its place on the crowded shelves of the canon of travel books.

Mann, Gide and Camus agreed on this work : It was according to them nothing less than an authentic masterpiece.

Prokosch, an English Ph.D. alumni from Yale, was 29 in 1935, when he conjured up “The Asiatics" from books he read, maps he consulted and his rich imagination. He may not have travelled to Asia by then, but he and his family had nonetheless a cosmopolitan lifestyle and perspective in the years before the war.

The Asiatics is travel writing brought back to its very essence. As the narrator travels from city to city, he relates a string of events, accidents and encounters, with people rich and poor, living in luxury or in the most dreadful conditions, at a pace that barely allows reflection or even to catch ones breath .

It is quite the opposite of the “cultivated” books written by scholar-travelers like Robert Byron or Norman Douglas, who would pepper their accounts with a more "educated" résumé of what they saw...a bit of history, of art of geographical details.

The narrator travels the way of the hobo, a hippy "avant la lettre", taking advantage of the "goodness", the curiosity and even the pity of the people he meets. When that does not suffice, he earns his money smuggling drugs over the Bosphorus or earning a dime doing the odd job for the more affluent.

There is a strong picaresque element throughout the novel. The narrator does time in prison, in horrible conditions, escapes in a way to make Edmond Dantès blush. He crosses forests and deserts.
He survives a plane crash. And each time the narrator collapses (caused by sickness, alcohol, accident or drugs , a good foreign soul picks him up and sets him up on the next caravan, train or camel.

He is rarely alone. Chance encounters at every corner of the unpaved streets of the shantytowns he crosses, bring him travel companions, more often dangerous than not.

Notwithstanding the many quixotic elements, the book has a ring of authenticity. Sometimes easily evocated by the summing up of exotic tree names that border the untrodden path or a listing of obscure city names, sometimes created by details that sound absolutely true.

There is a scene for instance where the narrator crosses a desert by plane, the passengers suffering from cold and headaches caused of by thin air, watching through the portholes in the fuselage, hawks plunging down to earth.

We are in 1935 after all, intercontinental flight is still a real adventure.

Here is a description of a dump of Indian Sadhu’s he watches from a safe distance near the Ganges :

“At the public urinals in Benares, for instance, which were simply ridges on the river’s bank backed by a stained wooden wall, the exhibitionists were to be seen. […] They were the ugly ones whom no one loved, sad –eyed, timid – lipped men, with faces saddeningly inhuman, weazened and furtive. There were many of them, making this place their resort, habitually excited by the smell and the wandering glances, noticing each newcomer with a quickening of the breath but nevertheless repelled by one another. There was nothing else for them ; that, of course was the reason for it all. Inspiring pity and disgust, but terror ,too ; shabby, indefinable creatures, peering and shifting slowly from side to side like pariah dogs, never uttering a word, perhaps a monosyllabic whisper. Lost altogether, quite incurable. There was no mistaking them.”

Prokosh has painted the scene right in front of our eyes.

But the scenes that add most to the realism of the writer’s fiction are those where sexual encounters or indiscretions are implied. Whoever has travelled the rough way through developing countries will recognize the hints. The leery hotels, the hookers in the doorways, the child - prostitutes, the child – pimps, the fantasies of the filthy rich, the loss of self –respect of the abject poor, it is more real than one would like to belief.

Treated discreetly, but clearly implied, it is each time the specific exotic situation that creates the seduction, either homosexual or heterosexual, between equal partners or within a dominating - submissive relation, in open air or in “huis clos”, interracial or within a same tone of skin, paid or not.

While Prokosh is careful in his rendering of the scenes, the latent exotic eroticism, just oozes through the lines… Child – servants that linger a bit too long in the bath rooms, candour in their eyes, massage parlors with a staff of young boys. Young girls that cling to our traveler in the hope of a way out. Male and Female companions, attracting attention through small signs, lurid winks, furtive eye contacts… it is all there.

Near the end, the narrator even has sex with a young Tamil girl he meets near a river in the Asian jungle. The pedophilic aspect makes one cringe today, but Mann would have recognized his Venetian fantasies and Gide remember his Congo days.