On failing to decode the musical subtext in the Magic Mountain 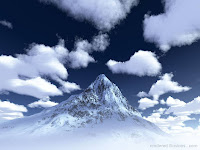 Far too many readings of the Magic Mountain fail to pay sufficient attention to the crucial role played by music in Mann’s larger thesis about the decline and fall of Europe before World War 1.

The inability fully to come to grips with the novel’s musical code can hardly be attributed to the failings of any particular commentator. The reasons for such failure are rather to be sought in factors of a historical and cultural sort. Mann’s novel inhabits a cultural sphere that is much farther removed from the world we inhabit than is suggested by the time lapse since it’s publication of four score years ago. Classical music, to take an obvious example , no longer occupies the elevated  place it enjoyed in the world of Thomas Mann, who came to think of himself as the literary heir  not only of Nietzsche but also of Richard Wagner, and who could count on contemporary readers to decode without difficulty  the musical subtext of his work. Today , in Europe and to an even greater degree in America, cultural literacy no longer requires a familiarity with the canon of Western music. Today, in America, talk of the decline of classical music is everywhere.