"The Scorpion God" by William Golding 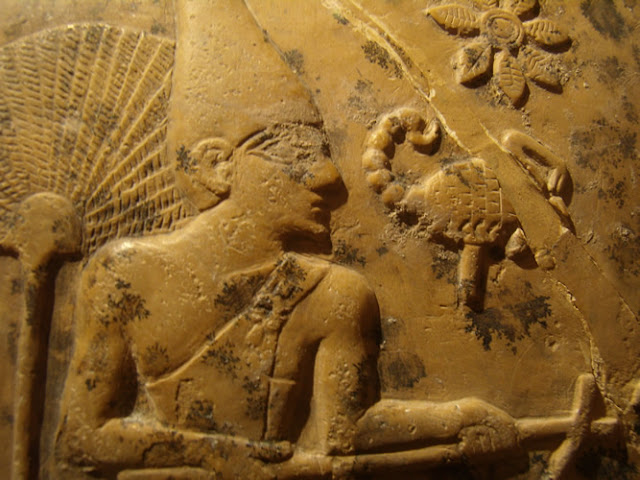 Princess Pretty – Flower has a problem

Her younger brother, still a child, is not able, not even willing to lie with her and make her pregnant. This is a disaster for she is badly in need to conceive an heir to the Egyptian throne.

Her father, the King, has a problem too.

King “Great – House”, has failed to finish his royal run *, a ritual which seals the prolongation of his Godlike status for another year. In the sweltering heat, moments before successfully accomplishing the expected feat he stumbles and crashes down in the dust. The onlookers, his subjects flocked together to encourage their King, are stunned and schocked. If the King cannot succeed his run, how can he keep the skies from falling down, how can he make the rise once more?

As the bloodline of the Kings has to remain pure and a non – incestuous relation never an option for the succession, Pretty – Flower’s only possibility is to get her father to sleep with her. With a lascivious dance, during the ensuing ceremonial feast, she tries to get his attention. But the old King is absorbed by the chess-game he plays with his Vizir and the stories his Jester “Liar” tells him. At the end of a furious dance “Pretty – Flower” collapses. She has failed to arouse her father. The weak King, symbol of the ” has turned impotent too.

The Vizir, unaware of the Prince unwillingness to sleep with his sister, starts the preparation of the King’s planned death and his immediate succession.

This compilation is nearly the last and only work Faber and Faber could still wrestle out of Golding in ’71. It would effectively mark a long intermission in Golding’s literary output. Some would even announce the end of Golding, seeing in the “Impotent King” a symbolic echo of the drying up of the writer’s inspiration.

But the sustained hard work and Golding’s personal problems, most notably the depressions of his son David, had taken their toll and indeed after the Scorpion God it was over. It was over for the next eight years until Golding would come back with his “Darkness Visible” and his “To the Ends of the Earth” trilogy.

The writing of the Scorpion God is still brilliant and it is truly impressing with what subtlety and with what few words he creates the ancient civilisation out of the trembling light that hovers over the incandescent desert sand.

But there is more in the Scorpion God than just beautiful phrases. A hint to a deeper understanding lies in the “Liar” character. A slave from the North, he is the Jester and favourite of the King. His nickname “Liar” summarizes the opinion of what the people think about the many stories he tells. However entertaining, these narratives are so “off the wall”, that the Egyptians think of them as fairy tales.

He speaks for example about lands surrounded by salt water, he speaks about countries so cold that if you lie down in the white dust ( which is in fact water ) you turn into a statue,

John Carey, in his biography of Golding calls this the writer’s “Martian Mode”: showing familiar things from an alien viewpoint. We of course understand the “Lies”, but it underscores the fact that we cannot understand the world of the valley in 3200 BC any more than that the Ancient Egyptians could believe anything as alien as a Northern climate. We cannot comprehend the incestuous dynasty or believe in a God – Man who holds up the skies and makes the river swell. We wonder about the killing of the King and disagree with the mass sacrifice of his court...

And, however mesmerized we are by his fictional rendition of the world from the past, we would call our entertaining jester, William Golding, a liar too…

Not that Golding did not aim to be a realist. He had an argument with Faber and Faber, about the cover of his book. The first edition picture, based on an advice by the , showed a Pharaoh in full regalia. Golding, well informed, argued that the depiction was not of “Narmer”, one of the possible candidates for the mysterious Scorpion God. But it was too late, the printers were in a rush and the depiction of the Narmer Palette was put aside.

If nothing else, my illustrated review gives me the opportunity to give Golding what he asked for: a depiction of the true Scorpion God!