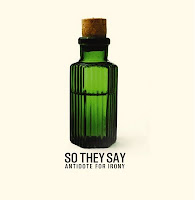 Dramatic irony is the device of giving the spectator an item of information that at least one of the characters in the narrative is unaware of (at least consciously), thus placing the spectator a step ahead of at least one of the characters. Dramatic irony has three stages - installation, exploitation and resolution (often also called preparation, suspension and resolution) - producing dramatic conflict in what one character relies or appears to rely upon, the contrary of which is known by observers (especially the audience; sometimes to other characters within the drama) to be true.
For example:
In City Lights the audience knows that Charlie Chaplin's character is not a millionaire, but the blind flower girl (Virginia Cherill) is unaware and believes he's rich.
In Cyrano de Bergerac, the reader knows that Cyrano loves Roxane and that he is the real author of the letters that Christian is writing to the young woman; Roxane is unaware of this.
In North by Northwest, the audience knows that Roger Thornhill (Cary Grant) is not Kaplan; Vandamm (James Mason) and his acolytes do not. The audience also knows that Kaplan is a fictitious agent invented by the CIA; Roger and Vandamm do not.
In Oedipus the King, the reader knows that Oedipus himself is the murderer that he is seeking; Oedipus, Creon and Jocasta do not.
In Othello, the audience knows that Desdemona has been faithful to Othello, but Othello doesn't. The audience also knows that Iago is pulling the strings, a fact hidden from Othello, Desdemona, Cassio and Roderigo.
In Pygmalion, the audience knows that Eliza is a woman of the street; Higgins's family does not.
In Cask of Amontillado, the reader knows something bad is going to happen to Fortunato; Fortunato is oblivious.
In I am the Cheese. the reader knows that Adam is in a mental hospital, and that he was in a car crash, but Adam does not.