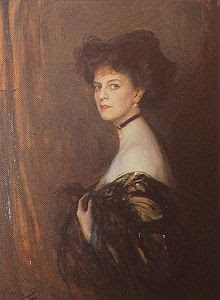 (From Wikipedia, the free encyclopedia)

A salon is a gathering of stimulating people of quality under the roof of an inspiring hostess or host, partly to amuse one another and partly to refine their taste and increase their knowledge through conversation and readings, often consciously following Horace's definition of the aims of poetry, "either to please or to educate" ("aut delectare aut prodesse est"). The salons, commonly associated with French literary and philosophical salons of the 17th century and 18th century, were carried on until quite recently in urban settings among like-minded people of a 'set': many 20th-century salons could be instanced.
At a time when society was defined and regulated by men, women could exert a powerful influence as salonnières. Women had a very important role in the salon and were the center of its life. They were responsible for selecting their guests and deciding whether the salon would be primarily social, literary, or political. They also assumed the role as mediator by directing the discussion.
The salon was really an informal university for women in which women were able to exchange ideas, receive and give criticism, read their own works and hear the works and ideas of other intellectuals. Many ambitious women used the salon to pursue a form of higher education.Some 19th century salons were more inclusive, verging on the raffish, and centered around painters and "literary lions" such as Madame Récamier. After the shock of the 1870 Franco-Prussian War, French aristocrats tended to withdraw from the public eye. Marcel Proust called up his own turn-of-the-century experience to recreate the rival salons of the fictional duchesse de Guermantes and Madame Verdurin. Some late 19th and early 20th century Paris salons were major centres for contemporary music, including those of Winnaretta Singer (the princesse de Polignac), and Elisabeth, comtesse Greffulhe. They were responsible for commissioning some of the greatest songs and chamber music works of Faure, Debussy, Ravel and Poulenc.

Princess Marie Anatole Louise Elisabeth de Riquet de Caraman-Chimay (11 July 1860–21 August 1952), best known by her married name, Elisabeth, comtesse Greffulhe, was a renowned beauty, and queen of the salons of the Faubourg Saint-Germain.
She was born in Paris, the daughter of Prince Marie Joseph Guy Henry Philippe de Caraman-Chimay (1836-1892) and his wife Marie de Montesquiou-Fezensac (1834-1884). She was a cousin of the exquisite aesthete comte Robert de Montesquiou, for whom she entertained a necessarily unrequited love, and in concert with him was in contact with the cream of Parisian society, whom she regularly entertained at her salon in the rue d'Astorg.
She married Henri Jules Charles Emanuel comte Greffulhe (1848-1932), of the Belgian family of bankers, on 28 September 1881. They had one daughter, Elaine (1882-1958), who married Armand, 12th duc de Gramont.
The comtesse helped establish the art of James Whistler, and she actively promoted such artists as Auguste Rodin, Antonio de La Gandara and Gustave Moreau. For her Gabriel Fauré composed his Pavane; it received its first full performance, with the optional chorus, at a garden party she held in the Bois de Boulogne. She was a patron of Diaghilev's Ballets Russes, and launched a fashion for greyhound racing.
She is one of many probable inspirations for the character of the duchesse de Guermantes in Marcel Proust's À la recherche du temps perdu.She died in Geneva, Switzerland